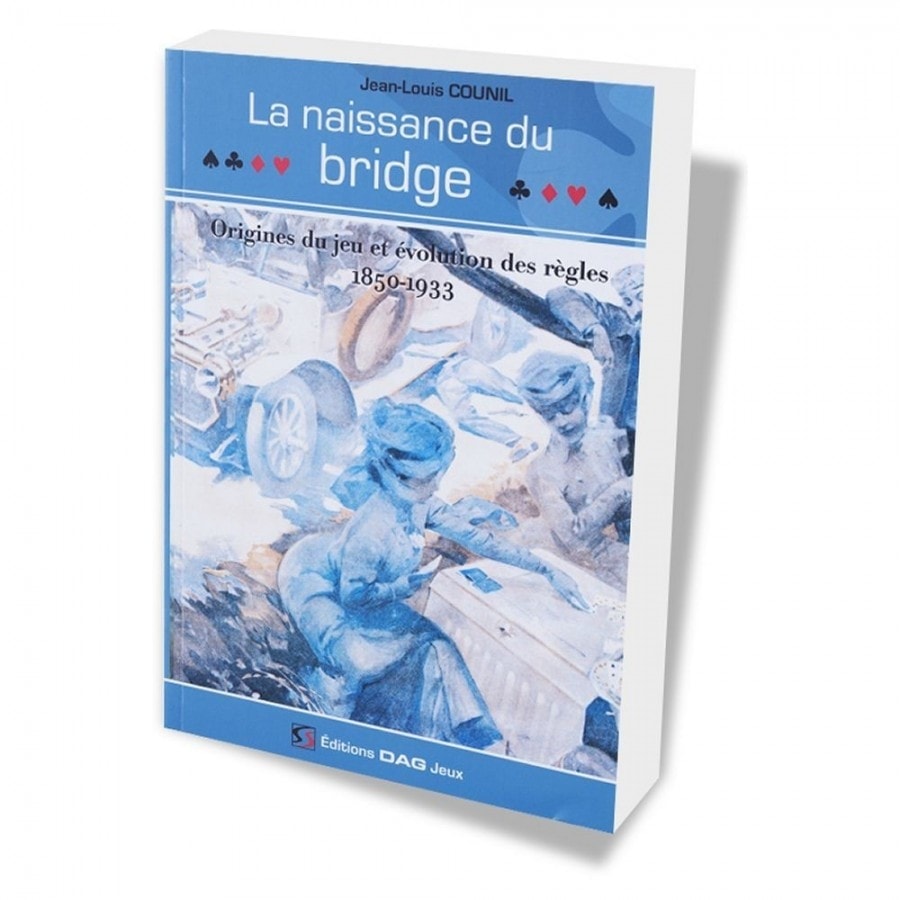 Birth of the Bridge

A book on the amazing history of bridge Where does bridge come from? How has the most popular card game in the world evolved into the game we know today? Jean-Louis Counil provides the answers to these questions in: “The birth of the Bridge. Origins of the game and evolution of the rules. 1850-1933 ”. The author went back in time: from the appearance of the game, he was then called Greek whist or Russian whist, around 1850 on the eastern shores of the Mediterranean until the 1930s when he acquired his current form.
Read full description
Description
We discover that: - Even before 1900, several famous academicians already practiced bridge assiduously! The Great War and the trenches contributed to its democratization and, in the Roaring Twenties, it entered the provincial bistros. - The rules have undergone multiple changes, the appearance of auctions, the change of order and value of colors, the increased importance of slams ... - For several decades, there were simultaneously several ways of playing the then it was better to agree on the rules before each game started. Some of them, quickly abandoned, seem absurd today: it was possible to try to carry out the least possible lifting! - In 1925, an American billionaire played a decisive role in the advent of bridge as it is practiced today. With "The birth of bridge" the author takes us into a fascinating universe where we realize that, like aviation or cinema, bridge has a long history with its pioneers, its myths and its secrets: this work will delight all those who wish to know a little more about the origins of the card game, today, the most practiced in the world. No such comprehensive work on the subject has been published to date, either in France or in any other country.
Product Details