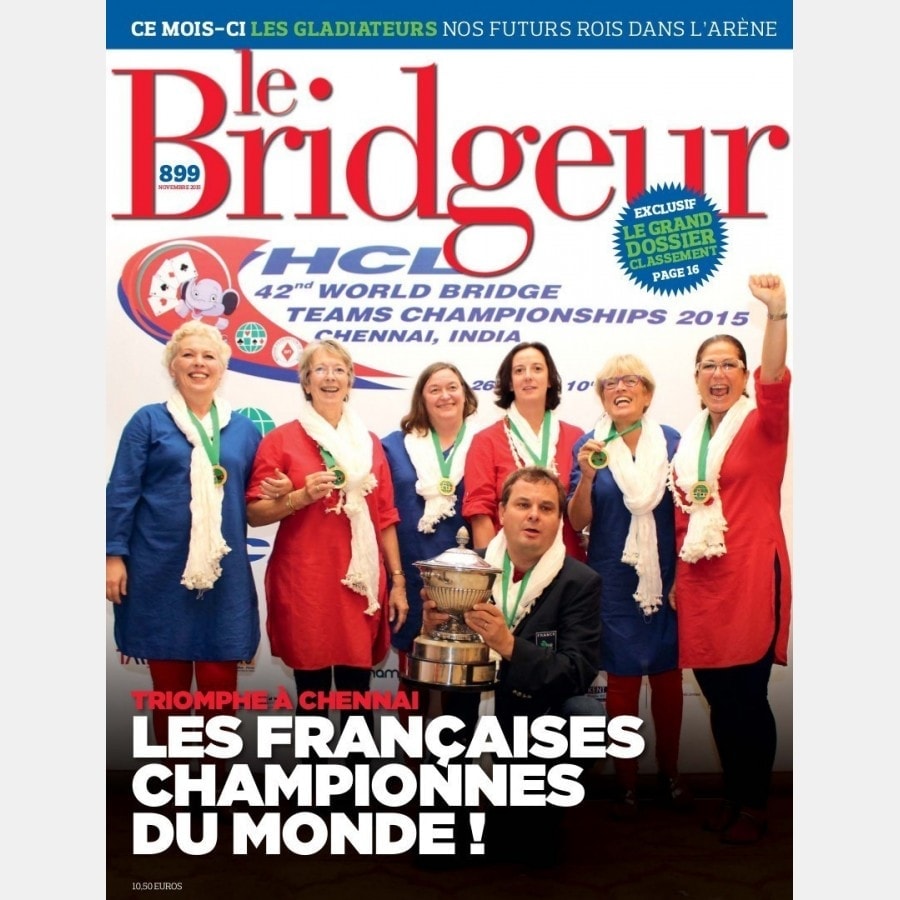 Pride and no shame
I had considered dealing with various subjects. Or cases of alleged cheating. However, I am not entitled to speak publicly on the subject, as a member of the EBL investigation committee and, moreover, Michel Bessis did very well last month. Or the use of bridgers' money by the federations. I know that this is a subject that you are passionate about, but likely to attract some additional enmities.

However, a result came to sweep away all the other options: the French women are world champions for the third time in ten years and, now, two tricolor players are enthroned in the first two places of the world ranking: Sylvie Willard and Bénédicte Cronier. They were part of the three previously victorious teams in which Vanessa Réess and Joanna Zochowska have already appeared once. Debora Campagnano and Babeth Hugon made their contribution in the final when the team was in turmoil for external reasons (see the flops, in the News).