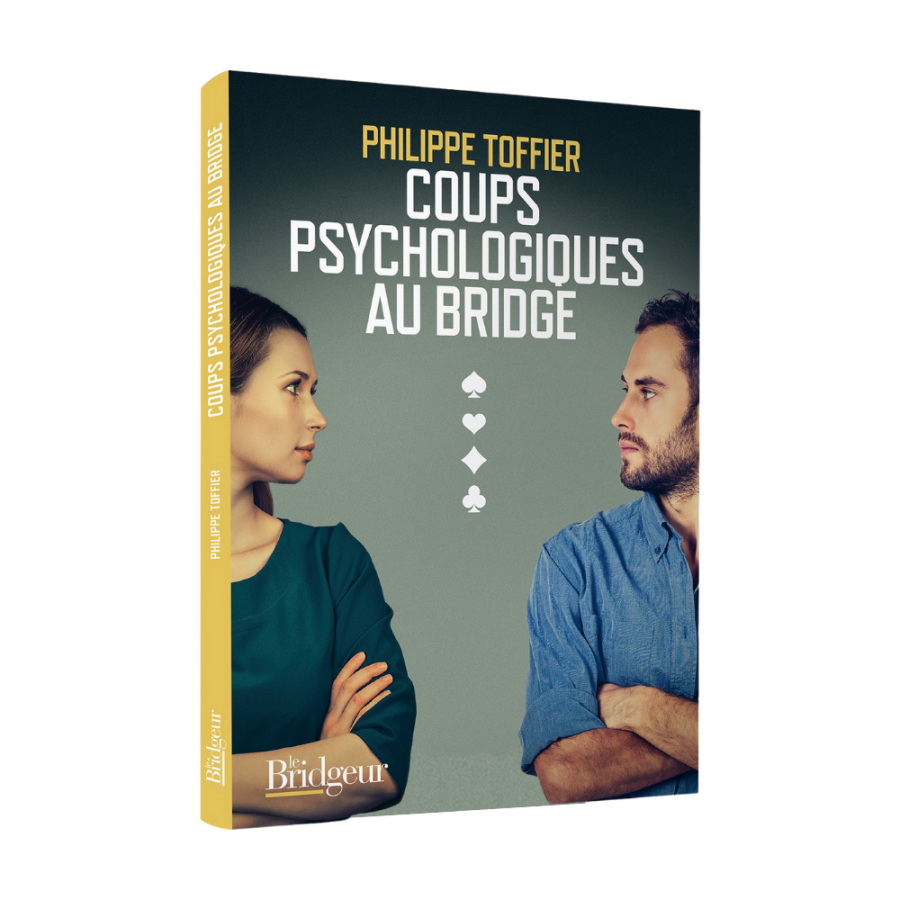 Philippe TOFFIER tackles a theme that has been little studied in bridge: psychology. Once you read this book, you will be able to win and beat contracts in seemingly hopeless situations. Good reading !

The card game books talk about technique, still technique, always technique. As if, at bridge, psychology had no place.

However, cunning is an integral part of this game and it would be a mistake to obstinately neglect it.

This is the outrage that Philippe Toffier, several times champion of France and member of the France team, wanted to repair in his new book "Psychological blows at bridge". And he knows what he is talking about because Philippe is a proven goupil of tables, a fox capable of all the strings to bamboozle the opponent.

This master of pretenses and stratagems had the merit of making it simple. None of the blows he presents, all from real events, require an extraordinary imagination. They only need to be known, then assimilated, in order to be reproduced in real conditions, at the table.

Philippe Toffier begins with deals in front of the dead man, where he tries to play a deceptive card and thus offer the opposing camp a chance to get caught up in the carpet. The goal of the trap holes is to make you win a levee in tournament in pairs (often synonymous with top) or to allow you to succeed in an unmanageable contract. In the second chapter, place the defense deals, which are an opportunity to offer the declarant a falling alternative line.

The end of the book exposes fifteen brilliant traps that have become famous. Some particularly impressive of inventiveness, in particular that of the last deal where the maestro Zia Mahmood is with the maneuver for a blow of anthology.

One thing is certain: after reading this book, you will be convinced that every good bridge player should add psychological tricks to their toolbox and learn how to use them at the right time.