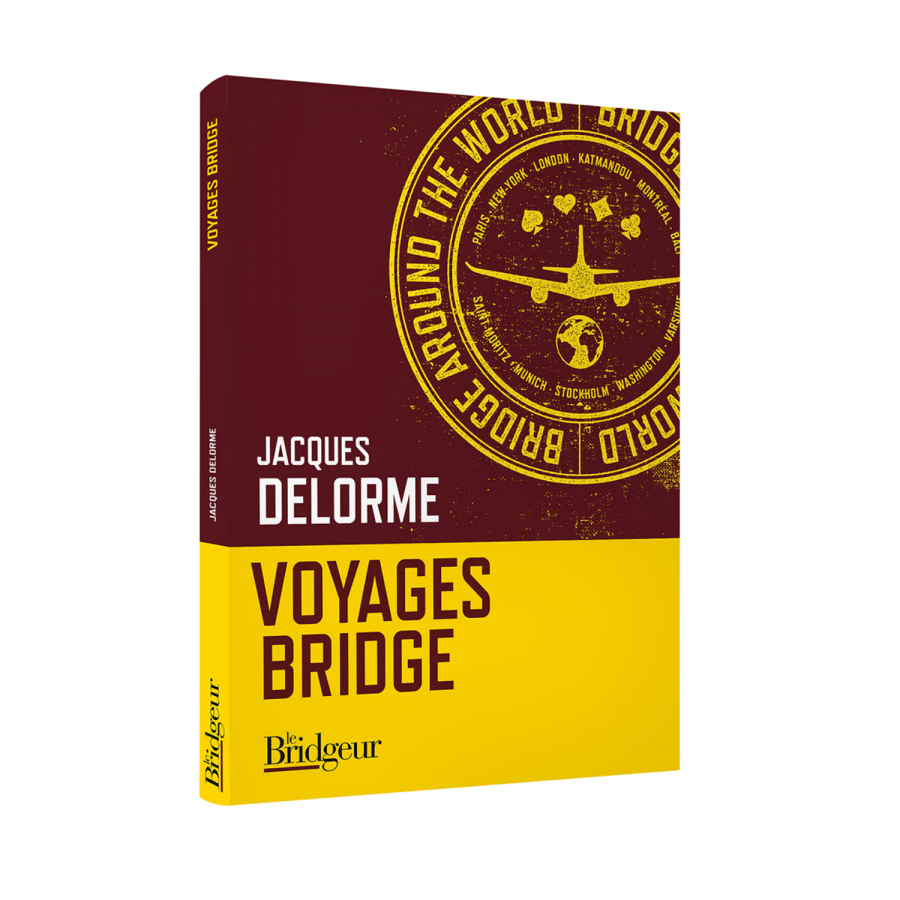 Delorme at the top of his game !!!

Bringing together all his experiences, all his memories, Jacques Delorme gives us a nostalgic and sharp text which takes us all around the world, randomly to the destinations where bridge has led him. And then, of course, because it is a bridge book, you will come across a number of deals, some very famous but others unpublished.

Upon arrival, you will have covered tens of thousands of kilometers, solved a hundred problems.

Preface by Patrice Bauche: "When I met Jacques Delorme, a few decades ago, it was to order articles for him for the newspaper Le Bridgeur, founded by my father, a newspaper and not a magazine at the time. He had specialized in a column that nobody wanted to hold, on the female bridge, entitled "Ladies Bridge". His style was already caustic, which earned him only friends, he who nevertheless was a lover of Ladies. It was another era, when we didn't take offense at a gender difference, when gender equality in bridge was not the order of the day! cap to become an organizer of trips for bridgers. Because we agree that without bridge and its relational advantages, without the excitement of a tournament, even the most beautiful tourist destinations lack salt. Jacques, who had become eminent bridge teacher, loved to accompany me and happily played the role of great reporter . This is how he took his pen from Beirut to Bangkok, from Estoril to the Escurial, from the lakes of Connemara to the blue waves of the beautiful Danube. Finding an informative bridge deal at each stopover and associating it with a fun anecdote. This is what he identifies in this book; he is one of the best pedagogues I know. Clear, concise to dissect a deal, light to tell an anecdote. Know that this is the best of the Delorme you have in your hands! "