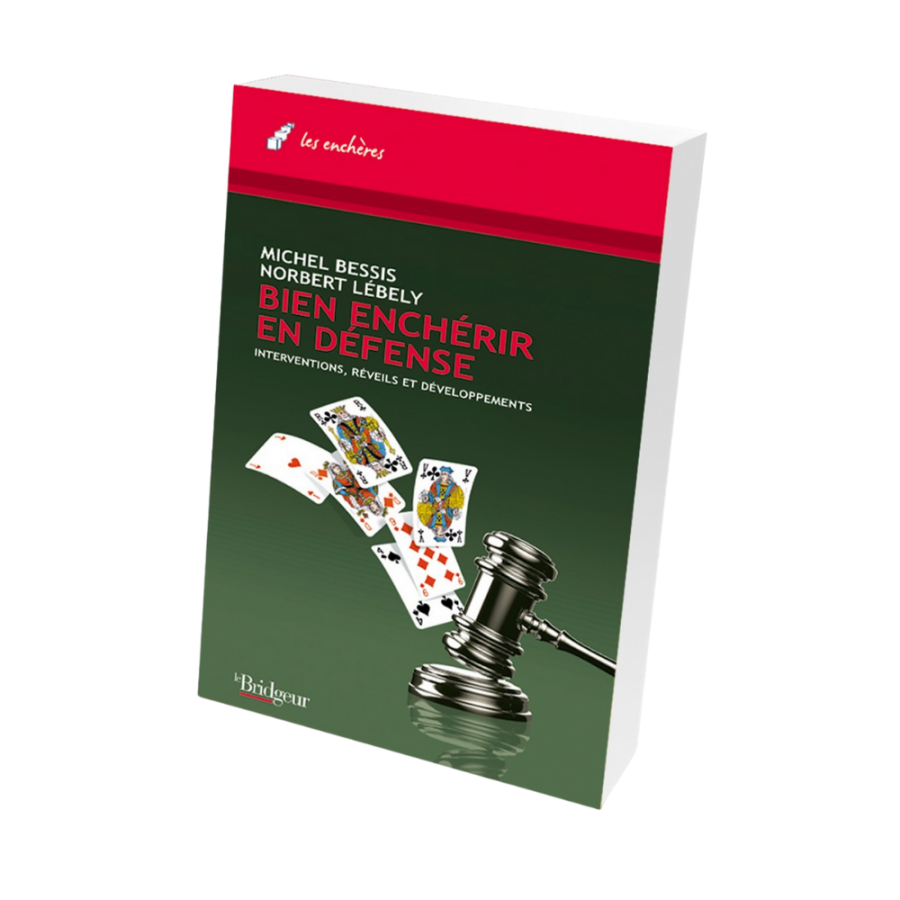 The book presents a more modern vision of dams and interventions, incorporates the most interesting new developments, and even offers some avant-garde conventions.

It was in 1988 that Michel Bessis and Norbert Lébely had the idea of writing a book bringing together all the aspects of the camp auctions for those who did not open. Integrating the concepts, new for the time, of distributional security and support based on the number of assets, Bid well in defense quickly became a classic drawn in tens of thousands of copies.

The authors have managed to preserve the clarity of explanation and the very practical aspect, thanks to, among other things, many commented exercises, which have contributed to the success of the book in the past. A reissue to advise without restraint to all those who want to progress in this important area of auctions.