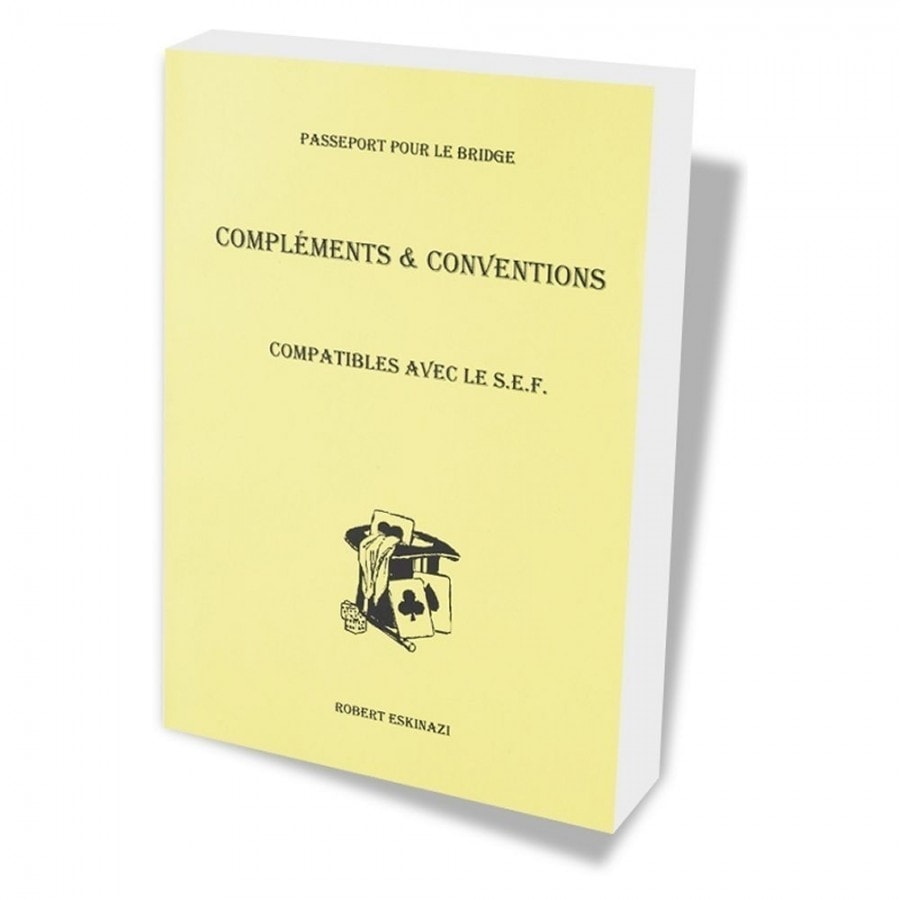 Complements and conventions compatible with the French Education System

The conventions that require explanations and developments are fully and thoroughly explained in this book. It is in fact, inefficient to use conventional auctions by knowing only the basics: application errors and multiple confusions will most often sanction the approximate use of an agreement. For this reason, if you want to play the SEF in its entirety, this book is essential. Eskinazi Robert
Read full description
Description
Introduction: the good use of conventions. Post-auction (Drury). The dams at the opening (from 2 major low to the highest). Defense against dams. The 2 Roudi Clovers. The intervention bicolors (on an opening of 1 to the color). Le Sans-Atout comic (intervention on an opening of 1 to the color). Interventions and awakenings on 1SA (Le Landy). The Lebensohl. Slam auction. Miscellaneous agreements. Number of pages: 160 April 2010 Eskinazi Robert
Product Details